There is something particularly soothing about watching early-morning rowers skim over the river before going down for a full English. Relaxing is not normally associated with a trip involving three generations, but a family break at the Captain’s Club Hotel in Christchurch turned out to be rather wonderful.

This petite Dorset town, where the Stour and Avon rivers meet, has long been overshadowed by showier Bournemouth and Poole.

But this year it has attracted a string of new admirers, enamoured by its historic centre and six glorious miles of sandy beaches which were once notorious for smugglers and pirates. It’s worth a stroll around the 11th Century castle ruins, narrow lanes of sherbet-shaded houses, and the high street which boasts plenty of independent boutiques, such as the Hayloft Gallery for art and crafts and The Christchurch Confectioner for sweet treats. The Crafty Tap is also notable for its range of draft beers. 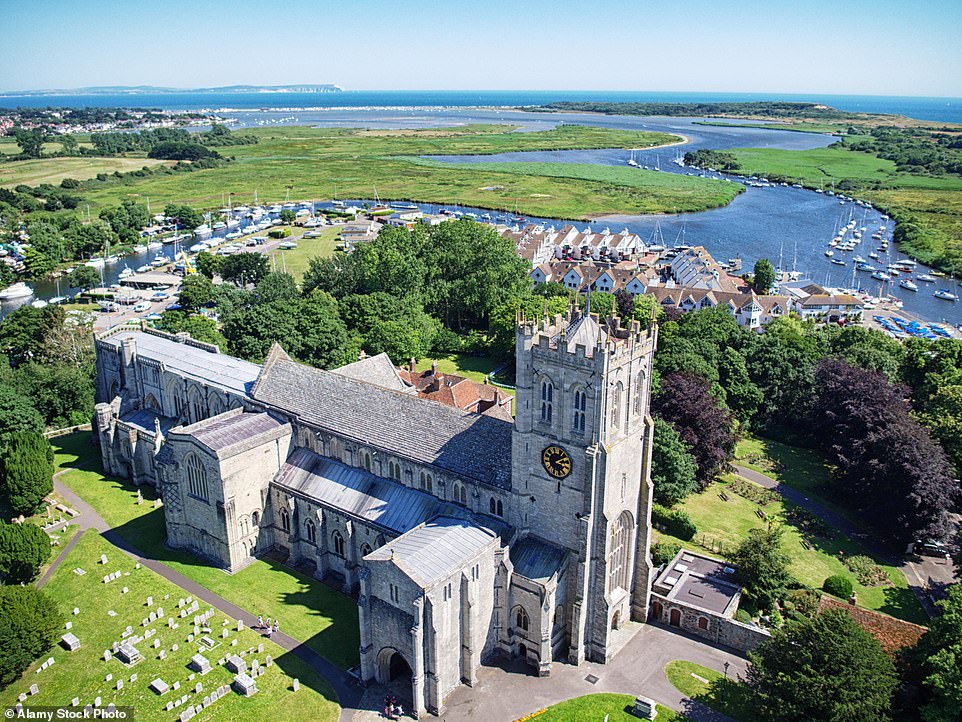 The town’s name of Christchurch originated with the extraordinary Priory, which is larger than 21 of England’s cathedrals

Stick around until Monday and there’s a lively market to explore.

The town’s name of Christchurch originated with the extraordinary Priory, which is larger than 21 of England’s cathedrals. Inside you’ll discover a stunning portrait by Sir John Millais, The Widow’s Mite, and a second work, Christ And The Rich Young Ruler.

There’s also a monument to the poet Shelley, and, you can see the ‘miraculous beam’. The story goes that an expensive timber beam for the nave roof was cut too short during construction in the 12th Century. The builders went home – except for a silent bearded carpenter. In the morning he was gone, but the beam was not only the right length but had been hoisted into position. That was enough to make the town change its name from Twynham to Christ’s Church in Twynham, which eventually became shortened.

Walk down to the River Stour, dotted with canoes and kayaks and lined with boats for hire. A half-hour session is just right for the attention span of little ones, who can then have the extra excitement of taking the ferry out through the spectacular natural harbour to Mudeford Sandspit. Property lovers will want to have a good look at the most expensive beach huts in the UK (one sold in July for an astonishing £330,000).

Then climb up to Hengistbury Head. Although only 118ft above sea level, this nature reserve offers panoramic views along the coast towards the New Forest and across to the Isle of Wight. A staggering 500 plant species can be found there.

For anyone who enjoys a spot of crabbing, take the ferry across to Mudeford Quay. You’ll have change from a tenner after buying the simple kit and bait (or ‘chum’, as fishermen call it – usually scraps of fish or bacon). 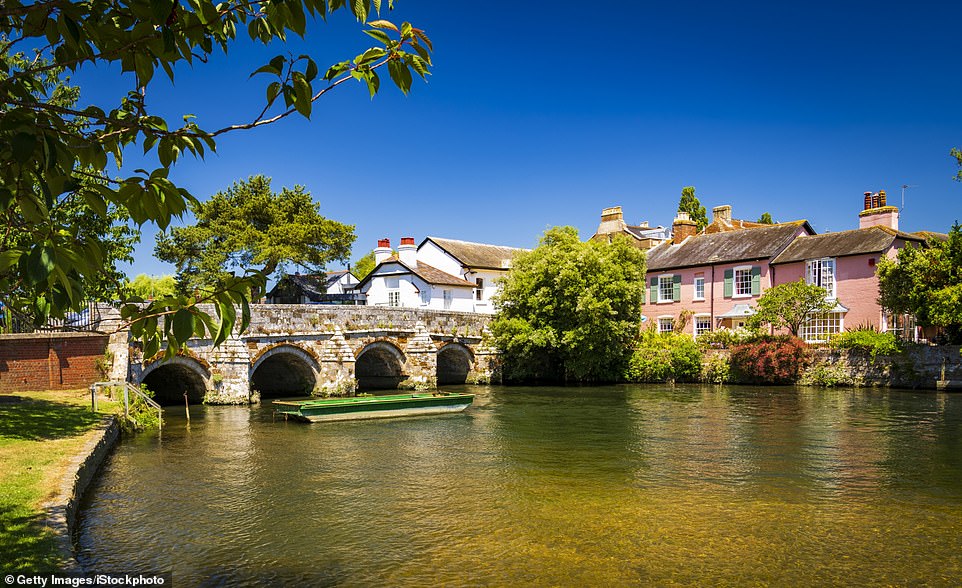 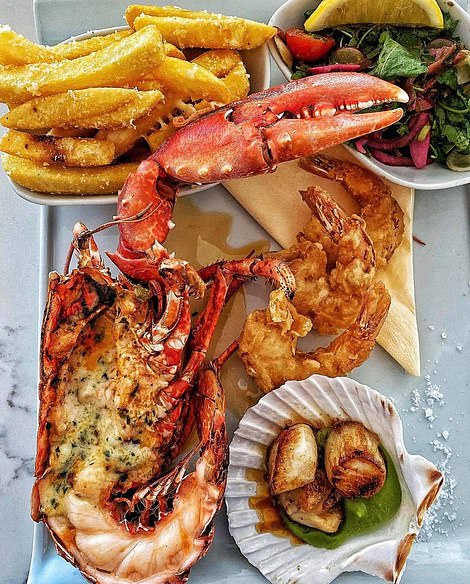 The chum had barely hit the bottom of the water before the crabs were clutching at it. The challenge then was to haul them up and into the bucket before they cottoned on and let go.

The ones that got away were met with groans of disappointment; the successful catches with whoops of delight.

This was catch-and-release, of course, and watching them scuttle to freedom down the slipway was a sweet end to the activity.

But if the sight of all those crabs get your tastebuds tingling, there’s a plentiful supply of delicious seafood in the cafes, bars and restaurants at the beach and in town. The hard decision is choosing whether you want to take away from a stall, eat at a family-friendly place that has delicious, grown-up dishes like The Noisy Lobster, or treat yourself to romantic fine dining overlooking the harbour, such as at The Jetty in the Harbour Hotel (harbourhotels.co.uk/christchurch).

This is where my daughter and her foodie husband had a cooking demonstration with seafood specialist chef Marc Carella. They learned to fillet and descale a fish, schuck an oyster, dress a crab, kill a lobster humanely and make a mackerel ceviche. And then sample most of them at a leisurely lunch. The Catch It And Cook It And Eat It Experience costs £65pp.

Find time to visit the clifftop Highcliffe Castle, a superb Grade I example of Romantic and Picturesque architecture. Built by Lord Charles Stuart de Rothesay in 1836, it is, unsurprisingly, popular for weddings and private hire. When his wife first saw it, she said she hoped it would fall into the sea, but she grew to love it and its beautiful grounds which run down to the beach.

At the end of our busy days we retreated to the Captain’s Club Hotel. It is sleek, modern and has a family-friendly restaurant.

Here the hardest choice was between unwinding in our gorgeous family suite, with its three bedrooms, massive kitchen and living space with floor-to-ceiling windows, or wandering down to the riverside terrace to watch the sunset over the Stour and catch a glimpse of those rowers.

The family suite at The Captain’s Club hotel costs from £527 a night, including breakfast, for up to six people (captainsclubhotel.com).