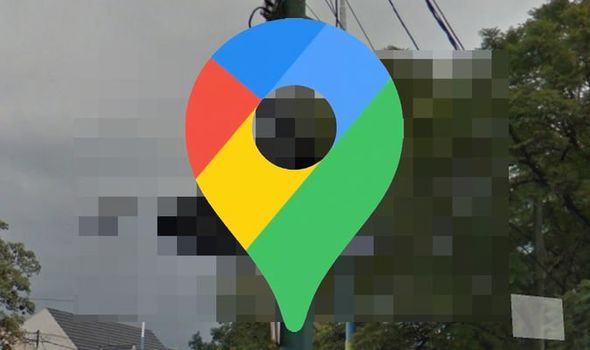 Google Maps Street View is used by people to help navigate their own country as well as destinations all around the world. More recently, the tool has been used to spot some strange and spooky occurrences. The tool is usually used as an online mapping service that is owned by Google, offering its users satellite images, street maps, panoramic views of streets and route planning.

Other scenes found on the tool go down in history.

This spooky image was spotted in San Miguel de Tucuman in Tucuman, Argentina.

The sighting was spotted by the Street View lens back in May 2019. 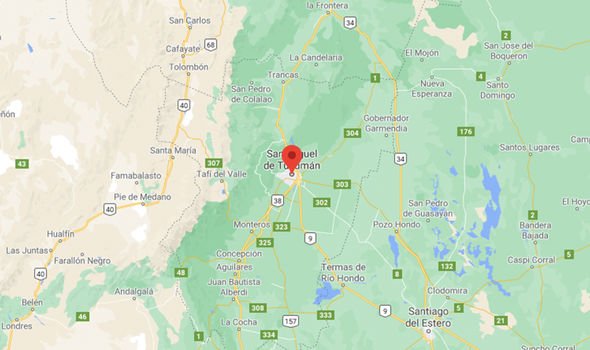 The image appears to show a normal street scene from far away, but as you zoom in it becomes clear that something is amiss.

The scene depicts a busy road with plenty of cars and trees in the background along with a telegraph pole.

On closer inspection, the telegraph pole appears to have a strange figure lurking near it.

The figure has a pointed black hat, a black cloak, black and white stripy socks and black hair.

As users zoom in further, it’s clear that this “witch” is simply a Halloween decoration put up to amuse people.

The witch has a broomstick peaking out from behind her cloak.

She appears to have crashed into the telegraph pole while flying her broom.

The witchy decoration appears to have remained in place all year round to make locals and visitors laugh. 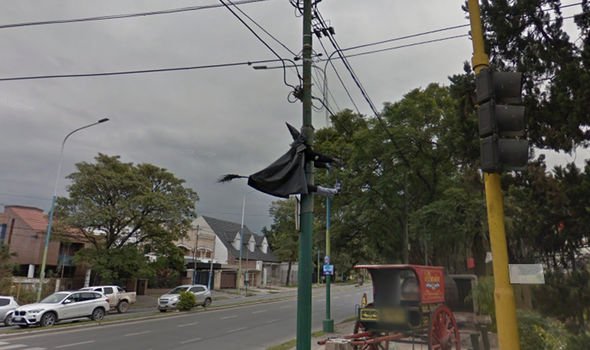 The post soon garnered comments from users who were just as intrigued by the image.

One user said: “These were really popular Halloween decorations around town when I was a kid. 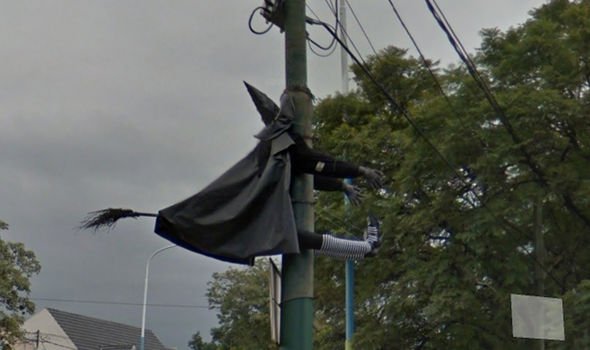 Another said: “Yep. I still get a kick out of seeing them, they’re such simple but funny decorations.”

Another replied: “That’s right here in San Miguel de Tucumán, it’s actually a restaurant called El Parador and the meal there is delicious, that ‘Brujita’ is a decoration on a light pole just outside, always kept my attention as a kid.”

One user replied: “We found a witch, may we burn her.”