Host to one of the most long-established artist communities in the far-flung corners of the nation, this fishing village on Cornwall’s north coast, with its big skies and wild winters, was a studio to many a famous name in 20th century art; such as Barbara Hepworth, Ben Nicholson, Patrick Heron and others.

Today the showpiece is the Tate St Ives (tate.org.uk), an art deco-ish building with its windows full of waves and its walls covered in locally-inspired works, including those by fisherman Alfred Wallis. The likes of Hepworth and Nicholson may be long dead but the sea that surrounds St Ives is still a mind-expanding, emotion-enhancing space, so the town continues to be a strong magnet for new generations of artists, particularly in combination with Newlyn on the other side of the peninsular. The St Ives School of Painting (schoolofpainting.co.uk) hosts regular courses.

Chalk and cheese: Folkestone and Rye

While the likes of Whitstable, Margate and Ramsgate are hotspots on the north Kent coast, Folkestone and Rye do a similar job on the south coast.

Folkestone and Rye have the added visitor attractions of the huge beaches at Camber Sands and the bleak shingle landscapes of Dungeness tacked on to the lush High Weald, a contrast which inspired film maker Derek Jarman to make his home in a wooden house on the Dungeness stones.

To the east, unprepossessing Folkestone seems an unlikely inspiration for artists, but the Folkestone Triennial arts festival takes place in November and Folkestone Artworks is the UK’s largest urban contemporary art exhibition, with 74 outdoor exhibits dotted around town (creativefolkestone.org.uk). 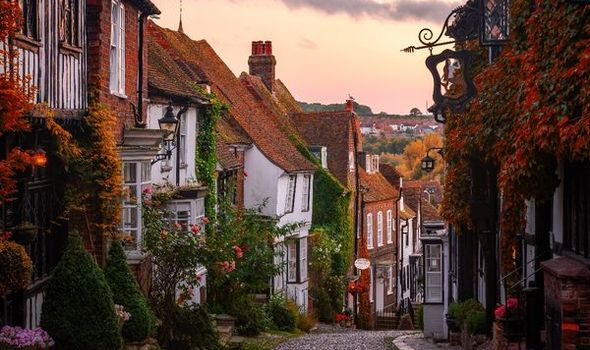 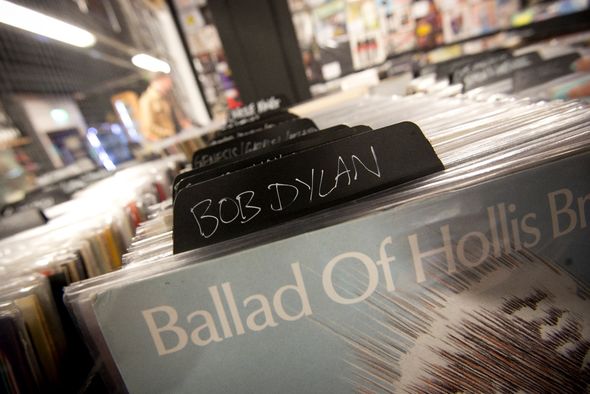 To the west, on the edge of Romney Marshes, the old Cinque Ports town of Rye is far prettier, its cobbled lanes lined with medieval, halftimbered houses. Its more obvious appeal produces more conventional paintings and sculptures, too, as reflected in the galleries on the High Street, and it has local studios and exhibitions in the Rye Creative Centre (ryecreativecentre.co.uk).

Stay: the Woolpack Inn in the village of Warehorne is full of upcycled and recycled local paraphernalia and unusually located bathtubs. Doubles from £85, woolpackwarehorne.co.uk

Tracey and Turner: Margate and more

There are good reasons why former seaside resorts have painter appeal. Firstly, the light, and secondly, the cheap rent for studio space.

J M W Turner loved the skies above the Thames estuary, featured in paintings such as The Fighting Temeraire (right), and he in turn inspired the Turner Contemporary gallery (turner contemporary.org) on the seafront in Margate, a town also home to artist Tracey Emin.

Margate’s Old Town has been massively revived with buzzy bars and wacky boutiques by the recent art-inspired regeneration here, but this isn’t the only resort attracting renewed community energy. A lot of London creatives have escaped the city into locations celebrated by the Creative Coast project (englandscreativecoast.com), which is unveiling seven new works along the Sussex, Essex and Kent shorelines, and suggesting artsbased itineraries for wannabes. 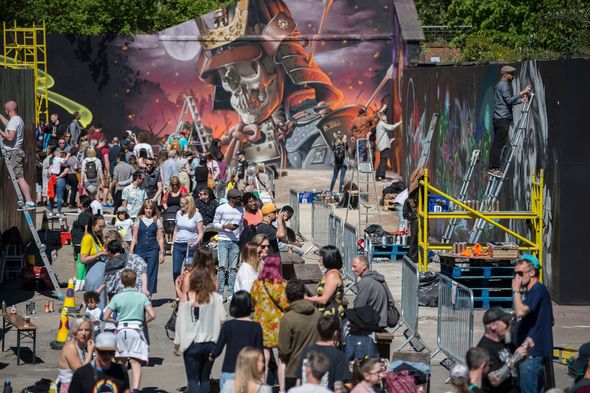 Stay: the wonderfully retro Walpole Bay Hotel in Margate has Tracey Emin originals on the walls, some of them decorously covered in case the spicy content might put you off your Full English. Doubles from £95, walpolebayhotel.co.uk

A former mill town in Yorkshire threaded by the Calder river and the Rochdale canal and famous for trouser-making in the 19th century, sounds an unlikely mecca for LGBT and New Age creatives, but low rents and big spaces transformed Hebden Bridge in the 1980s.

The birthplace of Ed Sheeran was also the home of poets Sylvia Plath and husband Ted Hughes, and is packed with studios and galleries for current artists like Kate Lycett, whose paintings celebrate the faded grandeur of northern mansions.

The town now hosts eight festivals a year and has a thriving music scene partly thanks to the Trades Club. (thetradesclub.com).

Stay: Croft Mill, a converted mill in the heart of town, has boutique apartments from £90 per night for a double, croftmill.com

Glasgow has always had a reputation for unorthodoxy. In the Victorian era, the Glasgow Boys was a movement of artists who rebelled against the mainstream, and there is still a ‘gallus’ or bold tradition of muscularity and forthrightness in any creativity coming out of the dear green place, from Billy Connolly to the Yardworks Graffiti festival (every May). Working here are names like graffiti artist Smug, painter Ken Currie and sculptor Andy Scott (creator of the giant kelpie figures by the M9, Scotland’s equivalent of the Angel of the North). 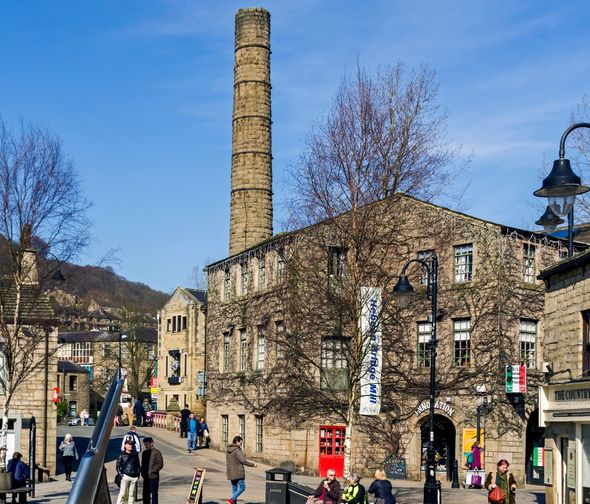 The flourishing School of Art has produced 18 Turner Prize nominees in two decades, and much of their output has been shown in The Gallery of Modern Art (glasgowlife.org.uk). The city’s West End is a bohemian hub where contemporary culture sits comfortably among historic architecture, particularly in the bars and restaurants of Ashton Lane. Hip neighbourhoods of Finnieston and Partick are home to more than 20 art galleries.

Stay: the funky and colourful Malmaison hotel is positioned between the Gallery of Modern Art and the West End, doubles from £89, malmaison.com

With its red brick former warehouses with external fire escapes, the Northern Quarter looks like Boston or New York but artistically has a flavour all of its own.

On its western edge, it rubs up against the massive Arndale retail centre, but its own shopping warren is Afflecks, a multi-storey ‘HQ for esoteric goods’ with 60 traders selling everything from vintage to vinyl. Among all the street art and hipster coffee shops, the district’s creative powerhouse is the Manchester Craft and Design Centre – a collection of artists and craftspeople housed in the city’s former fish and poultry market (craftanddesign.com).

Big name artists past and present turn up in shows in the city’s Whitworth Art Gallery (whitworth. manchester.ac.uk), which is down Oxford Road by the university.

Coronavirus restrictions mean accommodations and visitor attractions are currently closed. The Creative Coast project will launch in 2021 as a result.